We team up with Holos Inc. from the Techstars Starburst Space Accelerator to work on AR/VR for JADC2

SAIC is a firm believer in the power of collaboration and partnerships. We are always searching for novel sources and methods to improve the mission-critical solutions we deliver to our customers, and that’s why we embrace partnerships that help broaden our capabilities and offerings.

By connecting and collaborating with other technology providers that have complementary skill sets and innovative offerings, SAIC expands the aperture for new perspectives and new solutions. We use new insights to increase the impact and power of our solutions, translating into greater capabilities for our customers.

A partner to fuel the JADC2 initiative

The Department of Defense’s (DoD’s) Joint All-Domain Command and Control (JADC2) approach of unified platforms, systems, and weapons across all warfighting domains (land, water, air, space, and cyber) is a prime example of how SAIC dips into its technology integrator toolbox. Making JADC2 a fully functioning reality requires weaving together many technologies and capabilities tied to SAIC’s main capabilities. For SAIC, our success lies in our ability to be resourceful and form collaborative partnerships that create robust solutions that are differentiated from our competitors.

Here’s one story of how we are bringing the JADC2 vision to fruition through collaboration.

From startup company to industry partner

By leveraging our investment in the Techstars Starburst Space Accelerator program, which brings leading-edge technology startup companies together in a shared culture of innovation and mentorship, we discovered Holos Inc.

Holos designs and develops a mixed reality content management system that is modular, scalable, and easily accessible. The startup designs environments that are intuitive and user friendly, reducing the time it takes for users to gain familiarity with systems and enhancing mission effectiveness.

Holos designs environments that are intuitive and user friendly, reducing the time it takes for users to gain familiarity with systems and enhancing mission effectiveness.

Through Techstars Starburst, Holos connected with me as well as Chitra Sivanandam, SAIC’s vice president of data analytics and artificial intelligence, and Jon “BigDogg” Rhone, director of business development for JADC2, who shared their passion for augmented reality/virtual reality (AR/VR) visualization, human-computer interaction (HCI), data fusion, and how all of these can be leveraged to develop an intuitive JADC2 command-and-control system. After meeting with other industry partners, Holos couldn’t deny the synergy with SAIC.

Likewise, SAIC jumped at the opportunity to mentor and guide the buildout of Holos’ environment, aligning the solution with JADC2 requirements. SAIC is helping Holos enter the defense realm by providing standards, symbology, and verbiage, as the startup develops a JADC2 user interface.

MORE ON HOLOS AND TECHSTARS STARBURST: The accelerator program and SAIC speed up innovation

What the future holds

Technology is improving and evolving, and we are innovating with it to meet the needs of the JADC2 architecture. But humans, such as an operator who is trying to make sense of a battlefield or a commander trying to make a mission-critical decision, must evolve with the technology. Holos is building an interface that will improve the user’s (human’s) ability to cognitively uptake data seamlessly and intuitively so that they can perform their mission duties.

Once reconfigured and fine-tuned, the AR/VR interaction system and interface can be used to control an integrated air, land, sea, space, and cyber future battlespace. This innovation is an essential part of helping the Navy, Army, Marines, Air Force, Space Force, and cybersecurity operations outpace and outcompete the nation’s near-peer adversaries.

This improvement is leading the future of all-domain technology in an exciting direction! With further JADC2 architecture and interface development, one day humans may be able to immerse themselves in 3D holographic projections of huge and complex ecosystems of data within a battlefield. We could even port this same technology to non-defense uses, such as civilian space missions. Imagine standing in the cosmos while designing tomorrow’s space systems! 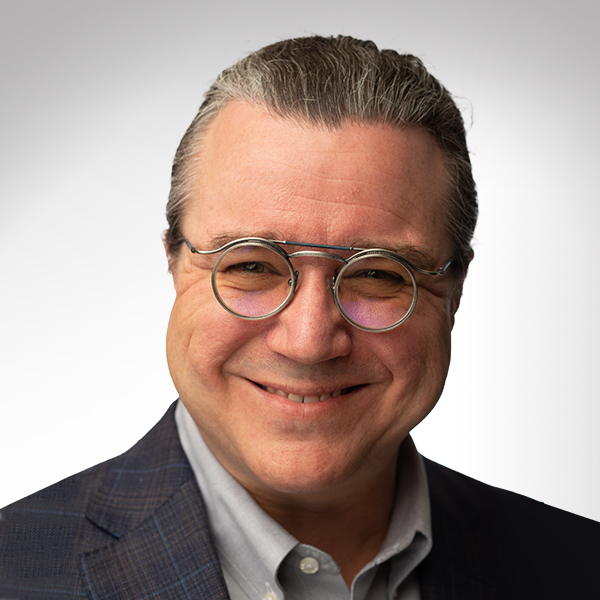 Andrew "Andy" Seely is SAIC's chief solutions architect for the National Security and Space Sector and head of the SAIC Fellows program. He has over 25 years of experience designing, developing, and delivering IT solutions, spanning systems administration, software development, engineering, and architecture. He has been involved in entrepreneurial, education, professional development, and leadership settings in commercial industry, academia, government, and military in in the U.S., Asia, and Europe.