This year's theme is 'The Black Family: Representation, Identity, and Diversity,' celebrating and honoring the history, culture, and contributions of Black Americans and our Black colleagues

Black History Month is a time to reflect on the contributions and achievements that the Black community has made in U.S. history, and we are pleased to spotlight some our colleagues who have made remarkable contributions here at SAIC.

Learn more about our diversity, equity, and inclusion initiatives, including the ways in which we are supporting and investing in Black-affiliated organizations whose missions align with our diversity, inclusion, and racial equality goals. We are proud to honor our most recent partnerships with the Thurgood Marshall College Fund, which provides scholarships to students at public HBCUs, and Black Girls Code, which provides girls of color ages 7 to 17 with opportunities to learn in-demand technology skills.

Similarly, to address inequity and injustice in our communities, we support the Equal Justice Initiative, which provides legal representation to challenge racial injustice and poverty and advocates for equal treatment in the criminal justice system.

"We proudly celebrate our Black history makers, colleagues at SAIC, friends, families, and loved ones, and we are reminded that diversity, equity, and inclusion are the cornerstone to success and positive change in the future."

"Black History is American History. Although many glass ceilings are being shattered, we still have much more work to do to achieve equality. In honor and celebration of this year’s Black History Month, we would like to highlight one of our values: Inclusion. As a company, we hope to leave an indelible imprint on our nation’s legacy for advancing diversity, equity and inclusion while also advancing the power of technology and innovation to serve and protect our world."

Frank Black joined SAIC in 2019 as part of SAIC’s acquisition of Engility Corp. and is currently a senior director of engineering and mission services for our Defense and Civilian Sector. He leads a diverse team of program managers and engineers in support of the Federal Aviation Administration’s mission and is responsible for a team of more than 270 employees. Frank began his career as an air traffic controller at Chicago Center and was a union representative for the National Air Traffic Controllers Association (NATCA). He also served as the Regional President of the National Black Coalition of Federal Aviation Employees (NBCFAE). He retired in 2015 from the FAA after 28 years of civilian service. Throughout his career, he has held numerous positions, including the first African American to lead New York ARTCC as Air Traffic Manager.

Favorite quote: “Where justice is denied, where poverty is enforced, where ignorance prevails, and where any one class is made to feel that society is an organized conspiracy to oppress, rob and degrade them, neither persons nor property will be safe.” —Frederick Douglass

Anthony is a chief architect and senior principal space systems engineer for the National Security and Space Sector. In this role, he is responsible for leading systems engineering efforts, acquisition strategy, and technical support to the Space Force, Air Force Space and Missile Systems Center, and Directorate of Special Programs (SMC/SP) on space control systems to gain, maintain, and exploit space superiority. He directs and manages technical programs and systems engineering of large-scale space and ground systems; technical demonstration space and ground systems; and program system safety needs.

Blow joined SAIC in 2020 as a member of the Horizon 2 program in El Segundo, California, where he heads the systems of systems architecture strategy for a Space Force program and leads initiatives in Digital Engineering. Early in his career, Blow served as a third officer with the Merchant Marine and Military Sealift Command and conducted anti-piracy operations off the coast of east Africa.

Blow is a proud Dallas, Texas native, currently based in Los Angeles. He enjoys sailing, bicycling, traveling, and volunteering.

Favorite quote: “My attitude is that if you push me towards something that you think is a weakness, then I will turn that perceived weakness into a strength.” —Michael Jordan

Vice President of Strategy and Planning, Defense and Civilian Sector

Steffanie is vice president of Strategy and Planning for the Defense and Civilian Sector. Prior to joining SAIC in 2020, she served as director, Navy Staff for the U.S. Navy becoming the first civilian to hold the position. In this role she served as the senior civilian and coordinated enterprise level efforts across the Navy staff, ensuring alignment of more than 400 Flag Officers and senior executives in direct support of the Chief of Naval Operations.

Favorite quote: “There is more to us than we know. If we can be made to see it, perhaps for the rest of our lives we will be unwilling to settle for less.” —Kurt Hahn 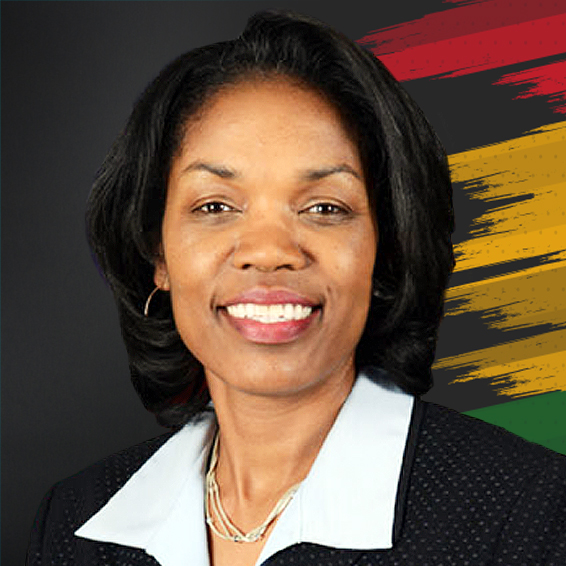 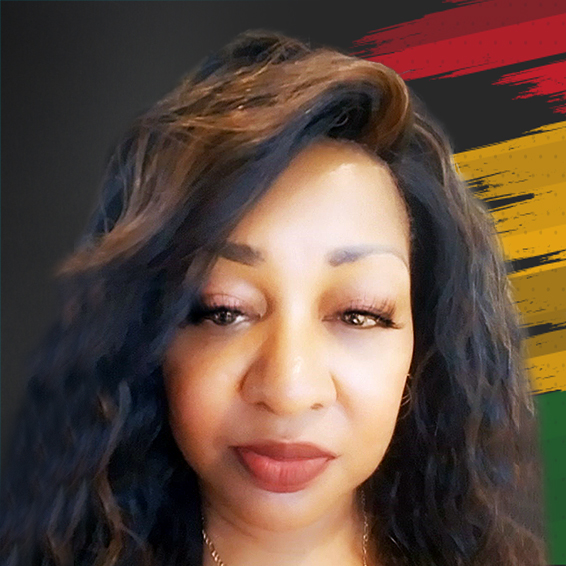 Anita Henderson-Carlos is a program management director and quality assurance director in the Defense and Civilian Sector for the Vanguard contract supporting the Department of State, which is worth approximately $2.5 billion and employs roughly 900 SAIC and subcontract employees.

Anita joined SAIC in 1988 as software engineer where she successfully oversaw the U.S Air Force’s Strategic Command in Testing of war planning systems and help them to achieve the first Air Force Capability Maturity Model level three certification the direction of the Air Force War Planning Commander and the Department of Defense. With more than 30 years of experience, Anita’s career has flourished as she continues to assume roles of increasing authority primarily in systems/software engineering and quality assurance, quality management, and process improvement.

Anita is a member of the SAIC Women’s Employee Resource Group. She also received the SAIC CEO Award in 2017 as the Unsung Hero and served as the President of the SAIC Women’s Network from 2011 to 2015 for the National Capital Region. She is an ISO–certified internal auditor and has received letters of recognition from the Department of State.

Fred Henry is a director for Strategic Growth and Initiatives for the National Security and Space Sector with a focus on the Department of Defense. Henry joined SAIC in March 2020 as part of the acquisition of Unisys Federal. At Unisys Federal, he served as a client executive for the Defense Information Systems Agency (DISA) and DOD agencies portfolio.

Henry served 30 years in the U.S. Army before retiring in 2014 as a Brigadier General. During his successful military career, he held numerous operational, technical and leadership positions that culminated with his final assignment as the chief of staff for DISA. In 2013, he was inducted into the Worchester Polytechnic Institute, Bay State Battalion, Military Hall of Fame and named the Fitchburg State University Alumni of the Year.

Henry is an active member of his community and currently serves on the advisory board for the DJ Dream Fund Foundation and on the board of directors for the Prince William County Virginia Chapter of the Boys and Girls Club of America (BGCA) and the Armed Forces Communications and Electronics Association (AFCEA) D.C. Chapter.

He also serves as the Chair of the Strategic Planning Committee (SPC) at First Mount Zion Baptist Church and is a member of Phi Beta Sigma Fraternity, Incorporated. 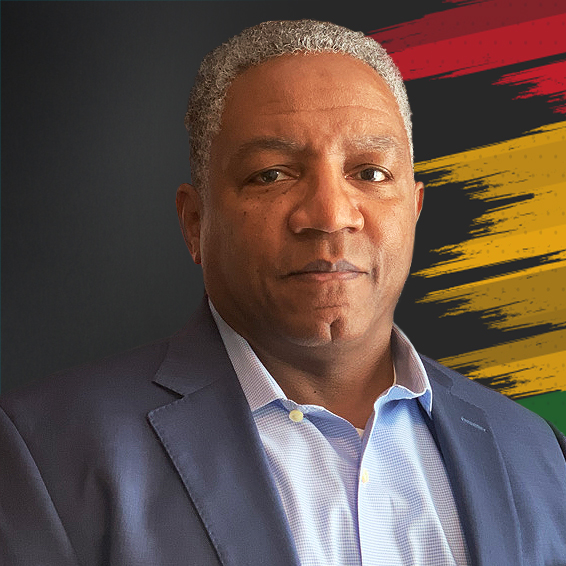 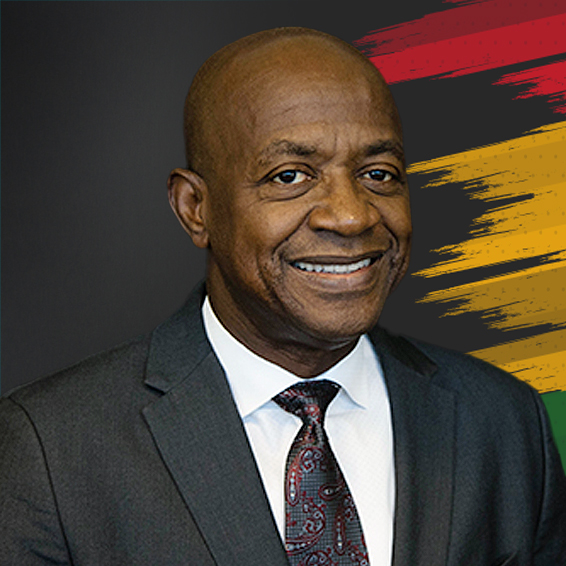 Fattis Mann is the senior manager of the Cybersecurity Business Engagement team within SAIC’s IT Office in the Business Operations Group.

Throughout his career, Mann has led teams focused on national security, cyber security, law enforcement information systems security, and application development. He has also supported teams for local and federal governments and other corporate enterprise organizations from small businesses to large Fortune 100 and 500 companies during their multiple merger and acquisitions to include securing a manufacturer of propulsion listening technologies for the largest U.S. Navy prime contractor of those technologies.

Favorite quote: “It is easier to build strong children than to repair a broken men.” —Frederick Douglass

Throughout her career, Searles has held numerous positions of increasing responsibility, leading teams focused on proposal development. She has more than 20 years of experience across the proposal development life cycle, specializing in compliance and coordination.

She is a member of the Association of Proposal Management Professionals (APMP) and Women in Technology (WIT).

With more than three decades of experience within the Intelligence Community and nearly two decades of combined service in the U.S. Air Force and Air Force Reserves as an intelligence officer, Cynthia brings unique and dynamic experience to SAIC and its customers.

Prior to joining SAIC in 2019, Cynthia was the senior director of Special Programs Sales for CenturyLink’s Strategic Government segment, a vice president for General Dynamics Advanced Information Systems, and vice president and operations manager at SAIC, now Leidos. She also worked as an associate at Booz Allen Hamilton and as a member of the technical staff at GTE.

Cynthia is a member of the Intelligence and National Security Alliance (INSA) and a member of the Armed Forces Communications and Electronics Association (AFCEA). She serves on Senator Chris Van Hollen’s Service Academy Nomination Board, and is a former Executive Committee member of the Industry Advisory Council (IAC).

Shelton is a 2018 Federal News Weekly FED 100 winner and a 2013 recipient of the Black Engineer of the Year (BEYA) Pioneer Award.

Favorite quote: “You must do the things you think you cannot do.” —Eleanor Roosevelt

At SAIC, creating a diverse workforce and an inclusive workplace is a strategic business priority that fosters greater creativity and innovation.