Unidos: Inclusivity for a Stronger Nation

Each year during National Hispanic Heritage Month, SAIC is proud to recognize Hispanic achievements and contributions. By highlighting some of our colleagues within SAIC, we honor the positive impact they make to the company, customers and our communities.

This year’s theme, “Unidos: Inclusivity for a Stronger Nation” is a call to action to ensure that the myriad voices within the Hispanic community are not only represented, but are also welcomed and included. Inclusion is one of SAIC’s core values, and we take great pride in the contributions of all of our employees.

We are proud to feature the following professionals who bring their expertise, talents and unique perspectives to support the growth and culture of our organization. 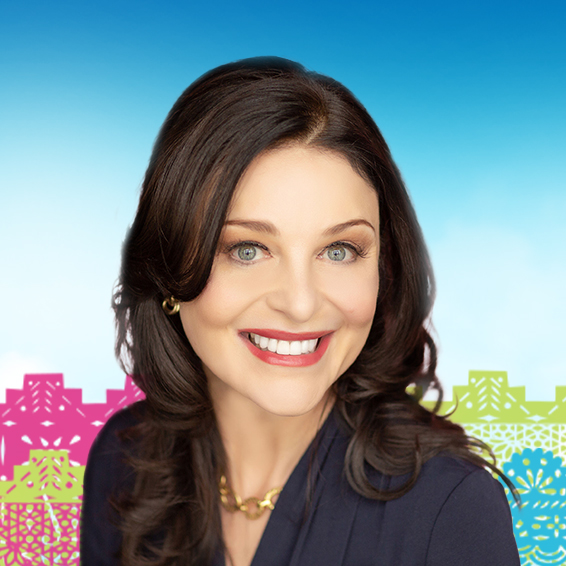 What does it mean to have grown up in the Hispanic/Latina community?

I grew up in a tremendously tight-knit family, where I truly felt everyone had a vested interest in my success. That family also extended into my church, neighborhood and school communities. Everyone paid attention, and everyone was engaged. You couldn’t be an introvert if you wanted to be!

Are there any Hispanic/Latin American figures that influenced your upbringing and professional career?

Cesar Chavez stands out. He demonstrated that one person can make a difference and that revolutionary things can be achieved in a very peaceful way. If done right, one person can help a lot of people. There’s no reason that person can’t be you or me.

How has your Hispanic/Latina background influenced your professional career?

You don’t know what discipline really means until you’ve attended Catholic school and been taught by the nuns! You learn a lot about servant leadership, critical thinking and never giving up until the job is done — and not just done, but done well. I also learned to celebrate successes, which is very important.

No one will give you a seat at the table. Sometimes you need to bring your own chair.

What does it mean to have grown up in the Hispanic/Latino community?

As a third-generation Mexican American and Army brat, I didn’t have the typical experience of living in a specific Hispanic community. We moved a lot across the country and overseas. Yet, growing up with Mexican heritage presented a few challenges. We did not speak Spanish — it was something we weren’t taught, and that sometimes invited strange looks. With the last name of Garcia, people assume you speak the language. In school, there were some teachers who assumed that if you were from a Mexican background you were not as smart as other students, so I learned to combat that perception from an early age.

The best part was the food. Our meals were mostly of Mexican flair: enchiladas, tacos, fajitas, frijoles (refried beans) and my favorite, sopapillas.

Are there any Hispanic/Latin American figures who influenced your upbringing and professional career?

My father was my role model. In the Army, he worked in medical maintenance, maintaining X-ray machines and all sorts of other electronic devices needed in the Army hospitals. I found that really interesting and sat with him for hours learning about electronics, which influenced me to take as many electronics classes as possible in school. Later as an adult, I joined the Navy and worked in the intelligence field, where my electronics knowledge and skills really came in handy. This experience and knowledge carried over into the civilian world.

How has your Hispanic/Latino background influenced your professional career?

When I joined the Navy, I was the first “person of color” who was allowed in a special program. This was a big challenge because, once again, the Navy was experiencing the growing pains of allowing minorities into programs that were typically considered off-limits to people of color. I had a point to prove: I was just as good as my other shipmates. So, I worked harder than most. I didn’t have the opportunity to get a degree while in the Navy, so when I was out I pursued an undergraduate degree, choosing the then-up-and-coming field of computer networking. I was the first in my family to get a college degree, which is an accomplishment I am very proud of.

Strive to be the best that you can be. Look at education as a tool to get you to the next chapter in your life book. And, most importantly, treat others with respect and honesty. For your career, I would suggest joining a professional organization that can help you grow and where you can meet others who may be dealing with some of the same struggles. For engineers, I suggest joining a group like the Society of Hispanic Engineers (SHPE, pronounced "ship"), or the Mexican American Society of Engineers and Scientists, MAES. 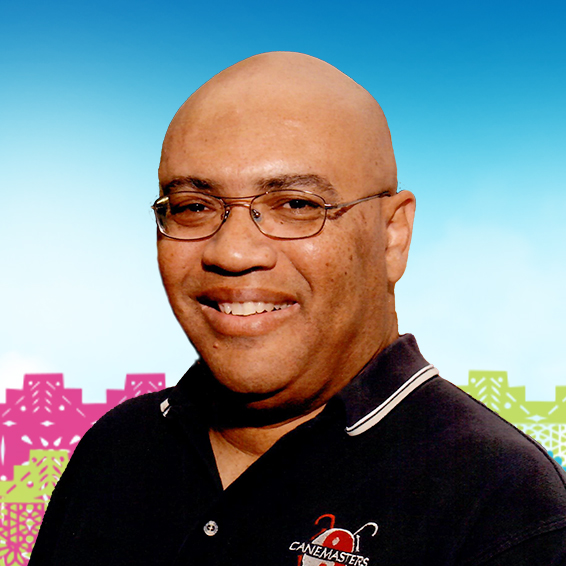 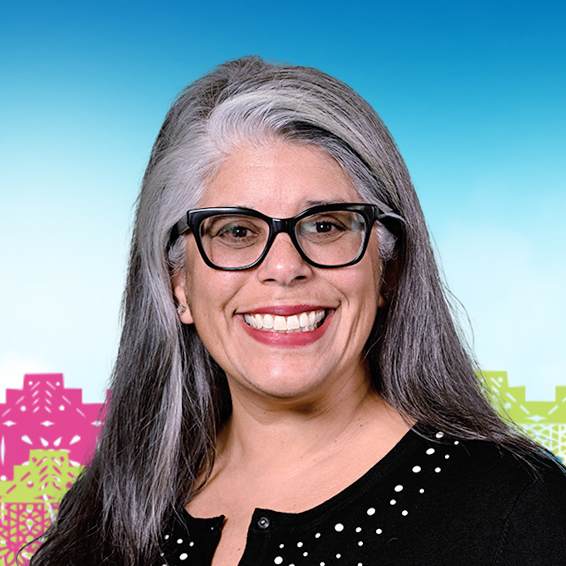 What does it mean to have grown up in the Hispanic/Latina community?

Growing up, my parents had a close group of friends from various Latin American countries: Argentina, Cuba, Peru, Uruguay and others. We would routinely get together and do what we did best — celebrate our cultures through food, music and laughter. Their kids, me included, were all first-generation Americans. We all grew up speaking Spanish first and learning English by watching TV. We were often the official translators for our households and therefore exposed to “grown-up” situations that many of our non-Latino friends were not. All of us were expected to go as far as we could with education, and many of us were the first in our families to attend college. But, we always remembered where we came from.

Are there any Hispanic/Latin American figures who influenced your upbringing and professional career?

Honestly, yes and no. In my upbringing, a resounding “YES!” The figures who influenced me most were my mother and her sisters. They are a strong, formidable set of powerhouse women who grew up in Argentina under very trying circumstances. Because of this, they are very independent and have had to figure out their own way in the world. My mother took it one step further by immigrating with my father to the U.S. in the early '60s in order to create a better life for her future family.

Professionally? Not really. I grew up in a time where there were few Latina leaders I could identify with. Yes, there were strong female leaders — not necessarily Latina — who showed me that as a woman it could be done. I’m glad that the times are changing (a Latina on the Supreme Court?!) and that I’m seeing not only more women in leadership roles, but more Latinas in those roles.

How has your Hispanic/Latina background influenced your professional career?

The influence of my Latina background hopefully allows me to be more sympathetic to groups that aren’t typically noticed or that are marginalized. I also aim to recognize the importance everyone brings to play — regardless of position, title, education, race or ethnicity — in contributing to the success of an organization.

Just because you haven’t seen someone like you do it doesn’t mean YOU can’t do it. Say “yes” to every opportunity — be it an offered training or education experience, assignment to a new area of responsibility or an invitation to engage with groups outside of your usual circle. Someone believes in you enough to think that not only can you do it, but also that you can bring something to the table to make it better.

We celebrate the contributions of the multicultural peoples whose ancestors came from Spain, Mexico, the Caribbean and Central and South America.