Juneteenth celebrates freedom in America, and we are proud to honor this historically significant day

As SAIC continues to foster a culture where diversity, equity, and inclusion are paramount, we have added Juneteenth as a paid company holiday for our 26,000-plus employees. We are proud to be one of the first companies in our industry to do so.

Adding Juneteenth as a paid holiday is our official recognition of Juneteenth and an important demonstration of SAIC’s core value to advance diversity, equity and inclusion — both inside and outside the company.

Juneteenth is an annual holiday commemorating the day in 1865 when the last enslaved people in Texas learned of their freedom. Its name is a combination of “June" and “nineteenth." The holiday is also known as Juneteenth Independence Day, Freedom Day, and Emancipation Day.

During the Civil War in 1863, President Abraham Lincoln issued the Emancipation Proclamation, which declared more than 3 million enslaved people living in the Confederate states free. However, more than two years would pass before the news reached Texas. It was not until June 19, 1865, two months after the Confederate general, Robert E. Lee, surrendered at Appomattox, Virginia, that the Union Army sent General Gordon Granger to Galveston, Texas, to inform enslaved Black people of their freedom and the end of the war.

Defying confusion, terror, and violence, the newly freed men and women of Texas, with the aid of the Freedmen's Bureau (the federally established relief agency which, itself, was delayed from arriving until September 1865), now had a date to rally around. In one of the most inspiring grassroots efforts of the post-Civil War period, they transformed June 19 from a day of unheeded military orders into an annual rite and called it Juneteenth, beginning one year later in 1866.

The Juneteenth paid holiday is part of our newly enhanced employee benefits that further the well-being of our employees and their families.

Here's what a few SAIC employees said about the company's decision to add Juneteenth as a paid holiday:

"As a member of the African American community, I appreciate our company making a consistent effort to celebrate the history of the descendants of African slaves. Juneteenth serves as a celebration of the true liberation of African slaves in America and the value of maintaining hope." —Jillian Keyes, Finance Analyst

"I think it is extremely important that SAIC has decided to make Juneteenth a fixed holiday for our employees. It sends the message to our current and future SAIC family that we believe in the value of our continuing journey to create and maintain an inclusive and diverse culture for our employees. Juneteenth signifies a beginning for our country as much as it does an ending. It is fitting that SAIC employees will be able to have this time to spend with their families and reflect on what each of us can do to help speed our progress on that journey to achieve equality in every sense of the word." —Richard Klumpp, Program Manager, Controller Training Solutions

“The announcement about expanding the flexible work week, adding Juneteenth as a corporate holiday, and increasing family support options are amongst the things that make SAIC the best place to work.” —Kevin Garcia, Principle Systems Engineer

SAIC’s recognition of this historic day is a direct reflection of our core value of inclusion and our commitment to the advancement of diversity and equity throughout our company and our communities. 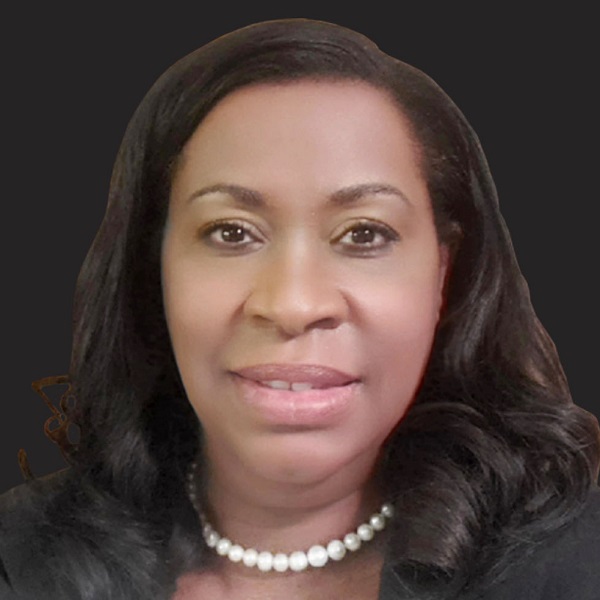 Bridget Chatman is vice president of diversity, equity, inclusion, and belonging for SAIC. She leads and shapes these efforts so that they are intrinsic parts of SAIC’s culture.

Chatman joined SAIC in 2011 and was most recently a senior director of business development in civilian markets for the company. She managed a $1 billion aviation and aerospace portfolio and led business captures exceeding $200 million. She has been a highly respected leader at SAIC, receiving the SAIC CEO Award in 2016 for customer excellence, exceptional mission focus, and direct impact on revenue growth.

Chatman holds a bachelor’s degree in marketing and statistics from the University of Illinois at Chicago and an executive certificate in economics from the University of Oxford. She is currently vice chairman of the board of directors for Women in Aerospace and was recently the national co-director of SAIC’s Women’s Business Resource Group. She is committed to a lifetime of serving humanity through her sorority, Alpha Kappa Alpha, as a distinguished Silver Star member.

BRIDGET CHATMAN IN THE MEDIA: