The large impact of microscopic organisms

How analyzing tiny phytoplankton can help us understand our changing oceans

While they comprise less than 1% of the Earth’s plant biomass, they absorb more than 100 million tons of carbon per day by converting carbon dioxide into oxygen. Phytoplankton are also the first link in the marine food web, playing a vital role in the Earth’s environment.

Phytoplankton are key indicators of ocean health because they’re at the bottom of the food chain,” said Fred Patt, program manager of SAIC's program supporting NASA's Ocean Color team. “Understanding phytoplankton is really critical to understanding how to remove carbon from the atmosphere and reverse some of the man-made impacts on the climate.”

But as the ocean has warmed a few degrees at a time over the last few decades, the phytoplankton population is also shrinking at an alarming rate. About 40% of the Earth’s phytoplankton have died since 1950, due largely to warming sea temperatures.

SAIC works with the fine minds at NASA to track the growth, distribution, and population of these microscopic organisms that play such major roles to the future of our planet.

The history of ocean color

To keep track of this valuable link in our ecosystem, we help NASA track what is called ocean color. Ocean color is the spectral distribution of reflected sunlight, which can then be used to infer about the contents of the water below. We use NASA satellites to sense the near-infrared light spectrum to specifically determine phytoplankton levels in the ocean.

We then take that data, input it into algorithms, and estimate chlorophyll and pigment levels in the ocean. The color of the maps represents the density of chlorophyll in the water. That data then goes out to researchers around the world free of charge.

Ocean color data is actually one of the oldest sets of data collected by satellite. Nimbus 7 was the first satellite, launched in 1978, to observe ocean color. Since then, a series of sensors and instruments have been launched to conduct land, oceanic, and atmospheric analysis and processes.

What the ocean is telling us

Phytoplankton populations are also seasonal, much like what happens to plant life on land during fall and winter, so as the populations ebb and flow annually, we are also looking for multi-annual trends to see how well the populations are returning and growing. As previously indicated, phytoplankton counts have dropped steadily over the last several decades, an inverse of the rising carbon dioxide emissions. 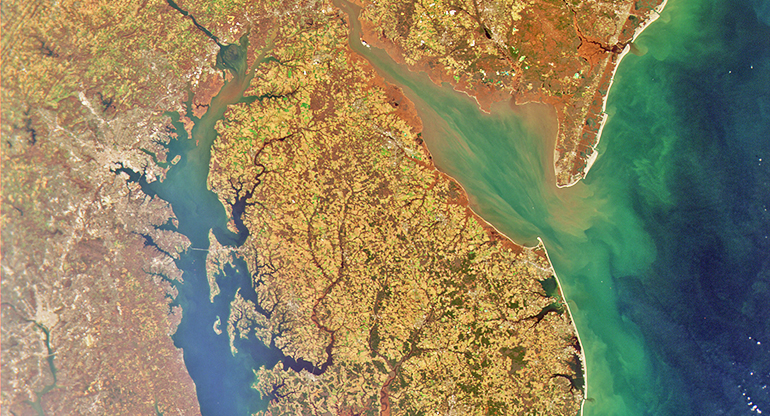 We also are tracking where phytoplankton are not present in the ocean. Phytoplankton need nutrients from the surface, which is why the coasts always appear green on our ocean color spectrum charts, indicating a high concentration of chlorophyll. But there are large swaths of the ocean where the current actually forces the surface water downwards. This creates large nutrient deserts, and phytoplankton can’t live there.

In these nutrient deserts lies a question. Can we seed the ocean? There are proposals to seed the holes in the ocean where phytoplankton populations are very low naturally to help buoy the Earth’s total oxygen. But it’s a highly speculative and equally risky procedure.

"When you start proposing something like that, you’re proposing to mess with Mother Earth, and that makes the scientific community nervous," Patt said.

But let’s talk about what we are investing time and research into doing to protect these microscope lifesavers. We have a mission in development called PACE, short for Plankton, Aerosol, Cloud, and ocean Ecosystem. PACE is the next advancement in ocean color sensing.

Our current instruments detect anywhere from seven to 16 distinct bands on the electromagnetic spectrum. PACE introduces hyperspectral sensing, which is continuous sensing of wavelengths from 300 to 900 nanometers, providing much clearer and more accurate sensing than we currently have.

And many customers are interested in how artificial intelligence and machine learning (AI/ML) can predict ocean color sensing. Can ML provide more accurate decisions than our traditional algorithms?

"We're really just starting to scratch the surface with AI and ML. Our customers are very interested in applying AI/ML to data, but for us, it's in the very initial research and development phase," Patt said.

Meanwhile, we can all protect phytoplankton by reducing carbon emissions. Invest in alternative power sources where possible. Conserve resources such as power and heat as much as possible. And use reusable plastics that do not break down and harm the phytoplankton’s ecosystems.

Phytoplankton are small but mighty parts of our food chain and ecosystem that must be preserved. Help make the planet, including the ocean color, greener.

Phytoplankton are the largest contributors to the Earth’s oxygen, producing more than half of the air we breathe.