One in four SAIC employees is a veteran of the U.S. armed services. That translates to 6,000 people who bring valuable experiences, skills, determination, and discipline that strengthen us as a premier technology integrator. With the U.S. Army, Navy, Marine Corps, Air Force, and Department of Defense organizations representing more than 50 percent of the customers we serve, we naturally offer interesting and meaningful work for military veterans.

Whether the solution we deliver is in engineering and integration, information technology, training, or program management, SAIC employees work hand-in-hand with our customers on DoD program teams as trusted partners. Lots of times, that is when military members and families learn about us.

So, when it is time to transition to civilian life and find work, they know that SAIC provides rewarding, long careers with growth opportunities plus a great, familiar work culture. Meet some of our employees who have made successful work transitions.

“It was my background in supporting the military that clinched my initial job at SAIC,” said Kirsten Howley, a principal business analyst at our corporate headquarters in Reston, Virginia, recalling her stint as an executive assistant in our Defense Solutions Group. Howley, whose husband is an Air Force veteran, has been promoted several times and achieved greater responsibilities.

"I've been able to move beyond administrative tasks to writing internal corporate policies; revamping business process and systems workflows; branching out and into training, marketing, and communications; and serving as a project coordinator," Howley added. "I've been able to make my career what I want it to be." 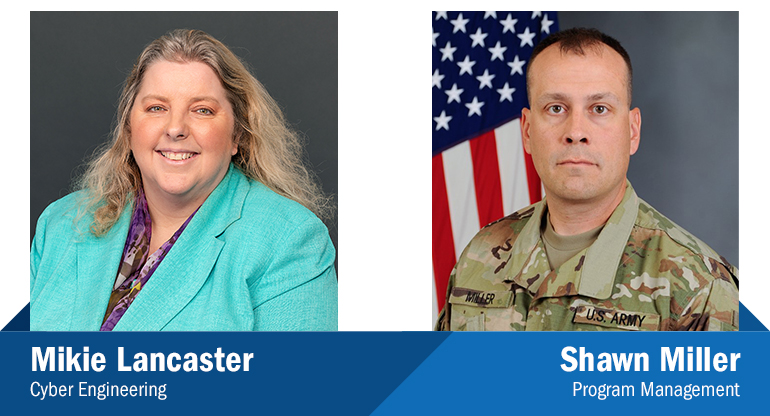 Shawn Miller and Thomas Elms, both U.S. Army veterans, share similar stories of working with SAIC members while on active duty. Miller worked on precision munitions systems at the Army’s Fires Center of Excellence at Fort Sill in Oklahoma.

“I was extremely impressed with the work ethic and values of the SAIC team working on the program,” Miller said. “When I graduated from (U.S. Army) Command and General Staff College, I knew this was a team I wanted to work with.”

Miller, who currently serves in the Kansas Army National Guard, works in our Huntsville, Alabama, facility, where he manages SAIC’s support on a variety of software and systems solutions used across the DoD. He works on integrating the Army’s group of systems responsible for reducing the time from detection of possible targets to producing effects on them.

Elms, upon retiring from the Army after 24 years of service—which included five deployments to Iraq and Afghanistan—joined SAIC in April 2018 as a senior hardware and software tester with deep experience in unmanned aircraft systems (UAS). He now leads the SAIC team at the Army’s Joint Technology Center and Systems Integration Lab (JSIL) at Redstone Arsenal in Alabama that tests the simulations of UAS systems software.

“I love what I do,” Elms said. “Between deployments, I traveled often to JSIL to test and troubleshoot UAS upgrades and changes, and I got to know teams from multiple companies. During my transition process, I narrowed my choices of companies to work for, and SAIC was my top choice for lots of reasons.”

Those reasons, he says, include pay, benefits, great employee reviews, and the fact that SAIC is always looking for those with similar military backgrounds to his. “I am lucky to be part of a great company and team,” he noted. 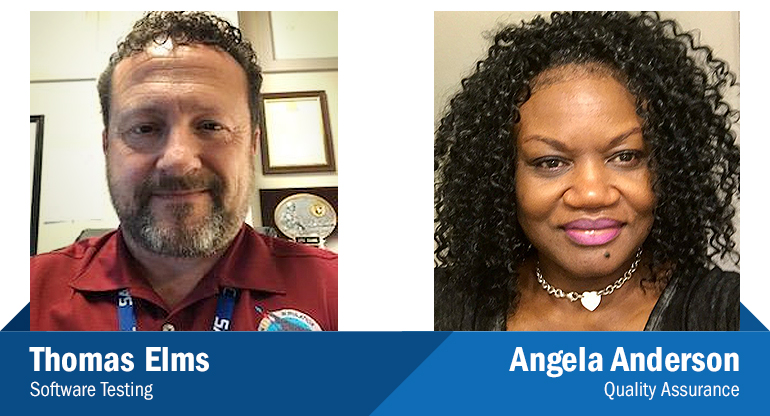 Committed to each other

A signals intelligence analyst in the Air Force for 11 years, Michaelle “Mikie” Lancaster finished her service in 1998 after the birth of her son. For the next four years, she worked as a civilian employee supporting an information assurance (IA) program at Spangdahlem Air Base in Germany, where her active-duty husband was stationed.

“After winning the mid-level civilian of the year award for the 52d Fighter Wing and the best small IA program in USAFE (U.S. Air Forces in Europe), I met with the USAFE civilian personnel office, as I was apparently doing way more than my general schedule job series allowed,” Lancaster said. “I was finishing my master’s degree. One of my classmates, who happened to be an SAIC employee, asked me if I was interested in a job.”

Recalling that SAIC employee who put her on to the “the perfect position for me” at Spangdahlem, Lancaster says she had not heard of SAIC at the time. A 17-year career with the company has resulted.

Joining SAIC in 2002 as an administrator of the Air Force’s Theater Battle Management Core Systems, Lancaster today is senior manager of cyber engineering and architecture in SAIC’s Information Technology Operations, where she safeguards company networks.

“When our time in Germany came to an end and we prepared to move to the Washington, DC, area, the program’s leadership helped me find a position within the company,” she said, in appreciation of SAIC’s redeployment support, which we provide to all employees. “I’ve been very fortunate over the last 17 years to have had fantastic leaders and teammates, knowing SAIC’s commitment to veterans and their families.”

After eight years of service in the Army, Angela Anderson was a federal civilian employee, as well, when she accepted a company position. Anderson led process improvements for spacecraft software engineering at NASA Johnson Space Center in Houston and had an SAIC employee on her team, whom she held in high regard.

“I was very much aware of SAIC and the support they provided to the government,” Anderson, a Gulf War veteran, noted. “Three years ago, when I relocated to South Carolina, the SAIC talent acquisition team gave me a call.”

Anderson works in SAIC’s Office of Business Conduct and Excellence, providing quality assurance and compliance support to customer programs. “When I’m asked where I work, I proudly respond, ‘SAIC,’” she noted. 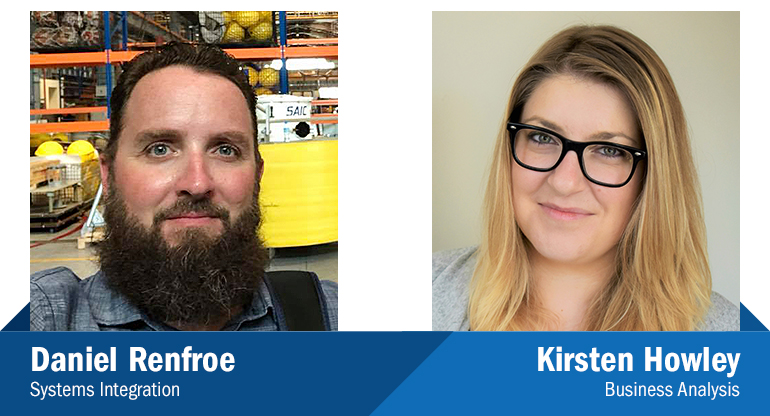 In southern California, Daniel Renfroe served in the Navy’s Naval Construction Battalion, known as Seabees, for 20 years and was a Seabee deep-sea diver. He remembers a fellow retired master diver from SAIC who helped his civilian transition.

Couple that support with his recollection of interactions with SAIC professionals during his naval service and it was a “no-brainer” to join the company, according to him. “The SAIC employees I routinely worked with told me how the company treated and looked out for its people,” he said.

Based at our Poway, California, facility, Renfroe uses his deep-sea diving skills to work on ocean-monitoring sensor buoys that SAIC builds and deploys in support of the global community’s tsunami preparedness efforts.

“I sit on the eve of my four-year anniversary with SAIC,” Renfroe said. “I couldn’t be any happier working with professionals I have come to know as family.”

"During my transition I narrowed my companies to work for, and SAIC was my top choice for lots of reasons.” —Thomas Elms, Software Testing