ARTEMIS: NASA RETURNS TO THE MOON TO PREPARE FOR MARS

SAIC is supporting NASA’s Artemis program to push human exploration on the moon and then to Mars and beyond, playing multiple roles in helping to achieve flight readiness, safety and mission assurance

NASA will achieve a milestone step to sending astronauts on long-term trips to the moon with the launch of the un-crewed Artemis I mission. Artemis I is the first in a series of increasingly complex and lengthy missions to establish a sustained human presence on the lunar surface, a stepping stone marking the first integrated flight test of NASA’s deep space exploration systems before human spaceflights begin. Like the historic Apollo program did for lunar exploration over 50 years ago, the Artemis program is laying the foundation for humankind to take the next giant leap of sending the first astronauts to Mars.

The Artemis I mission is the culmination of years of work on the Orion human spacecraft, Space Launch System (SLS) rocket and Exploration Ground Systems (EGS), among other technologies, and SAIC has been involved every step of the way. We have been supporting NASA by performing safety and mission assurance and other engineering work on all Artemis program elements, including the independent verification and validation (IV&V) of software that will control Artemis I mission systems. SAIC teams were also involved in preparatory activities for Artemis I’s flight readiness review.

Artemis I will take Orion around the moon and back to Earth on a mission lasting 26 to 42 days, fitted with four mannequins that will collect data to inform human safety for deep space travel. Another goal of the mission is to assure a safe entry, descent, splashdown and recovery of the all-important human crew module. The flight test precedes Artemis II, a second and crewed flight test that will demonstrate SLS and Orion's deep space mission capabilities and prove Orion's life-support systems are ready to sustain astronauts on longer missions ahead.

This will pave the way to land the first woman and first person of color crew members in the Artemis III mission that will stay on the lunar surface for an extended period to learn how to sustain life in the extreme environment there. Artemis III will help prepare NASA for longer and more extensive voyages to the moon's surface and eventual human missions to Mars. 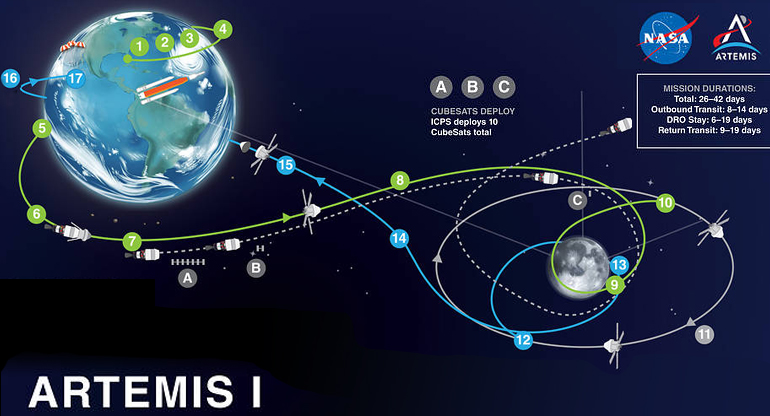 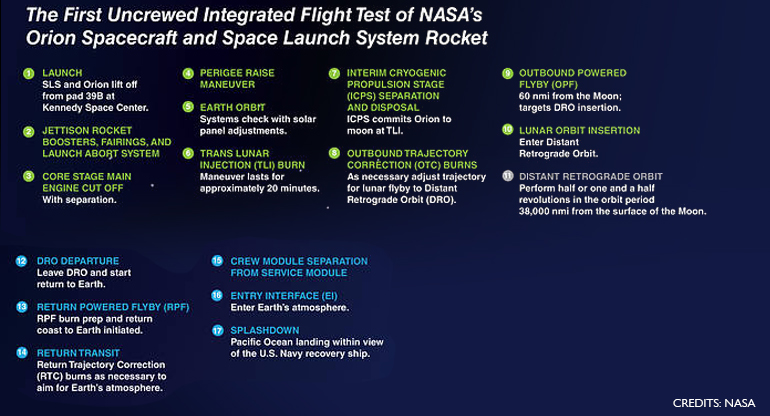 Software enables Artemis mission capabilities, and we make sure it works

SAIC performs system software assurance for all of NASA’s human spaceflight programs. It is part of the overall work our human spaceflight teams perform to preserve the lives of crew members and astronauts on missions. Our systems software assurance group within this team makes sure that software for SLS, Orion, EGS and other Artemis-element systems meet their specified requirements and are complete and correct.

As part of NASA’s Independent Verification and Validation Program, SAIC puts mission software through the paces to confirm operation, look for errant behaviors, and chronicle what it does under duress. This includes using our modeling and simulation capabilities to develop simulation environments for testing systems software under realistic mission conditions to see if there are negative impacts and cascading effects on spacecraft and flight systems. With our IV&V, we serve as the quality assurance squad for the systems software developers for Artemis I, identifying gaps, risks and defects.

To make sure the SLS, Orion and EGS systems software checks were done efficiently, SAIC innovated an agile approach to software IV&V. By applying the same agile concepts and principles used in software development, the small software IV&V team was able to quickly do assessments on the systems software supplied by the developers under fast-paced iteration cycles. The team focused on a “follow the risk” approach that added assurance to the highest-risk areas to the software and enabled the flexibility to shift quickly to other areas when needed.

Astronaut safety and mission success are our teams' focus and priority

SAIC is a close and longtime partner to NASA’s wide-ranging safety and mission assurance efforts and particularly for its human spaceflight missions.

SAIC and NASA have honed expertise through decades of experience together at Johnson Space Center in Houston, working on safety and mission assurance for low earth orbit missions of the space shuttle program and through ongoing operations of the International Space Station. All of the knowledge we have accumulated is the bedrock of Artemis program and mission development with which we have been engaged since its inception.

As the Artemis program progresses, our astronauts’ extended stays on the moon will undoubtedly kindle our collective dream of one day witnessing not only life on the moon but also on Mars — still the stuff of books and movies. However, like anything done in space, these lunar missions are highly risky so detailed analysis is required to ensure Artemis' integrated, complex systems operate as needed, that the human crew is safe, and that the mission is successful. SAIC's work in supporting NASA on the systems for deep space exploration, which also include the Lunar Gateway, Human Landing System, astronauts' spacesuits and others, help to prepare humans to go farther than ever before.

Our engineers will analyze the performance information collected during the Artemis I mission to ensure that all human safety systems and other critical systems will adequately protect crews on future Artemis missions. We will study any observed anomalies for root causes and use the knowledge to update mission and system parameters for future success. Each mission is a test but also an opportunity for NASA and SAIC to learn lessons and make Artemis' systems more reliable and ultimately enhance the safety of human space crews.

SAIC has been providing longtime support to NASA to assure astronaut safety and mission success.