Lasers are useful, powerful, and can also be dangerous when proper safety measures are not exercised

Many associate lasers with their role in pop culture. We see lasers being fired from futuristic handguns, precisely cutting tables, and even winning wars in space.

And while we’re not quite to the point where world-ending lasers are a present threat, the lasers in use today still present actual risks that, if not taken seriously, can result in serious injury.

The evolution of laser history

I’ve spent the last 16 years of my career working with the government and armed forces to refine laser safety, specifically I focus on optical safety. To the layperson, laser safety is probably on par with making sure your teenager doesn’t shine a laser pointer in his aunt’s eye, but I look at much more hazardous situations with greater impacts on our warfighters, which eventually trickle down to us through our doctors’ offices and even light shows with our young children.

For the last 50 years, scientists have been conducting research into how to safely handle lasers, particularly around the eye. So, in the 1960s, scientists began conducting experiments on how powerful a laser the human eye could handle. And with each test, and as more and more lasers became available, more safety measures were added.

You don’t hear too much about laser injuries anymore because of these intensive safety measures that have slowly, methodically evolved over the better part of half a century. Your teenager likely isn’t going to do much harm because commercially available laser pointers are usually below five milliwatts in power and can’t do permanent damage.

Lasers continue to find applications in an increasing number of fields. Acceptance of lasers for these applications requires a sustained effort in laser safety. SAIC provides expert support for these efforts as part of its commitment to solving important technical challenges.

That being said, more powerful lasers are always being introduced. There are now lasers in use that can shoot down unmanned aerial vehicles (UAVs) in a matter of seconds, and are hundreds of times more powerful than a laser pointer. That’s my main area of expertise — high-powered lasers that can cause permanent damage if someone doesn’t have properly equipped eyewear or equipment. While skin is susceptible to damage by lasers, it is widely accepted that the eye is almost always more vulnerable to injury than the skin.

There’s a very stark divide between safety and risk. We have to do the best we can with the actual risk involved. This means determining what kind of damage could happen if, for example, someone stares directly into a laser. At high enough powers, if the laser strikes the fovea, which is what provides the ability to see fine details, then you have a problem, and likely permanent damage. That being said, if a high-power laser is seen through your peripheral vision unprotected, you may be OK as it strikes your retina outside the fovea.

This also means we develop probability models to determine the risk of a laser hitting the eye, hitting the fovea, or causing permanent damage. That then informs us to the level of risk incurred at varying strengths and classifications of lasers.

Most people won’t come across a drone-shooting laser. But lasers are in use much more often than we think, and as such, we have more and more safety regulations around their practical use. Lasik surgery was first approved in 1999 and in those 22 years, more than 10 million Americans have had the corrective eye surgery. In 2019, more than 457,000 laser hair removal procedures were performed across the country. Lasers are constantly used in the healthcare industry to treat tumors, reduce blood loss, treat kidney stones, and other procedures that, just decades ago, seemed like science fiction.

Operators of laser shows at concerts and performances even have their own list of safety standards to follow. For example, lasers that could shine on the crowd have to be kept at lower levels that will not be hazardous to the viewers’ safety.

As lasers grow in use and application, so too do the safety measures that I and other experts in my field research.

I stand by my previous assertion that laser safety measures have reduced the majority of accidents. Nowadays, most accidents are laser operators in a laboratory setting who unintentionally look at a laser beam without proper eyewear on.

As more people are exposed to lasers more frequently in varying situations, whether it be in healthcare, entertainment, or the defense industry, the degrees of safety measures expand to cover more use cases. It also means those of us invested in developing laser safety regulations have to constantly change our assumptions. We have to consider what happens if a doctor doesn’t understand safety measures, and how that affects the patients they care for. And as we introduce high-powered lasers to more military applications, that means more training for the warfighters. Lasers are useful, powerful, and can also be dangerous when proper safety measures are not exercised. 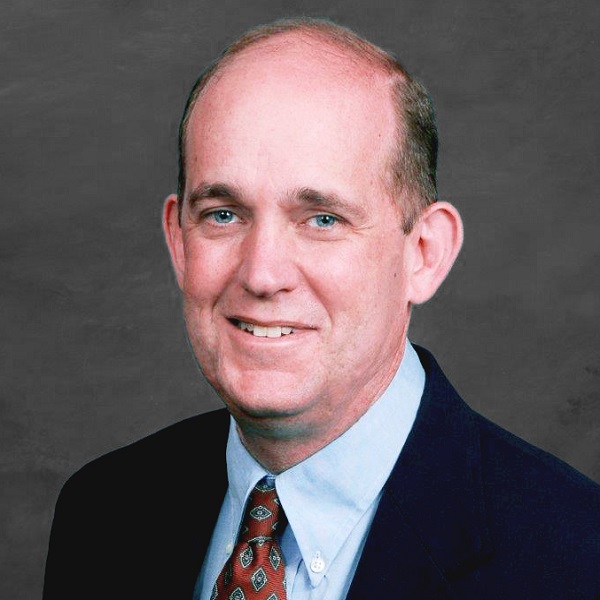 Early specializes in high energy lasers, studying the safety implications of lasers, their application to modeling and simulation, and the reflective properties of materials as they are heated by lasers. Early recently developed the first dose-response models for laser injuries that account for human biological variability, which will enable proper risk assessments of high energy lasers used in military operations.

Before joining SAIC, Early started working with TASC, Inc. in 2004, which would later be acquired by SAIC. Previous to that, he worked with the National Institute of Standards and Technology (NIST) for over a decade studying radiometry.

Early is the secretary of ASC Z136, the U.S. national organization responsible for laser safety standards, and enjoys being an annual judge at the Texas Science and Engineering Fair.