AI in the Intelligence Community, with a Twist

The Greek philosopher Heraclitus, often called “The Obscure” for his paradoxical wordplay, likely wouldn’t have a problem with that apparent contradiction. Neither should we.

Although machines can do a lot of our thinking for us – especially for those whose job is to analyze intelligence in the high-stakes world of national security – humans cannot be replaced. Even so, machines are increasingly a necessary part of the intelligence equation. Simply put, the human brain cannot begin to process the zettabytes of intelligence data that are generated each month. Data generation is expanding so fast that we have to come up with new names to quantify the massive volumes. One zettabyte has 21 zeroes: 1,000,000,000,000,000,000,000.

Complicating matters for the intelligence community (IC), data is coming from multiple sources, including satellites, radar, aircraft, video, photos and documents, and at multiple levels of security classification. And, as much as 90% of the data being generated today is unstructured, meaning it’s in a variety of native formats, often qualitative rather than quantitative, and thus much more difficult to search than structured data.

Intelligence analysts’ ability to keep up with all this data is severely taxed. Our brains are experiencing greater and greater levels of cognitive load. To prevent the mistakes that happen when our brains are overloaded, we need machines to relieve some of the pressure, especially when the decisions being made have a global impact.

While AI is the development and deployment of machines and algorithms to solve problems for humans, intelligence amplification (or IA), is designed to enhance what humans can do. It involves people and algorithms working together, with each doing what they do best, to achieve better outcomes. The human-machine partnership benefits both the human and the machine.

For humans, allowing AI to ingest, organize, enrich and exploit data reduces decision fatigue and frees up their capacity for rational thought. This increases the likelihood of making sound and error-free decisions.

Humans’ decisions and recording of outcomes, in turn, add more data to the feedback loop, helping the machines learn, adapt and continuously improve. As the machine learns from the human interaction, it is able to more rapidly make recommendations or assertions, upon which the human can act. That’s actionable intelligence.

The IC needs tools that enable humans and machines to learn more and better, adapt faster and continuously facilitate transformation of data into actionable intelligence. Not only that, the IC requires fusion of all intelligence sources; as data is growing exponentially in scope, scale and complexity, the need for multi-int fusion and inference is important to enrich data, resolve contradictory conclusions and generate a common operating picture (COP).

The industry is working on such tools in response to these needs. SAIC, in particular, is bringing streaming data capability from multiple sources, unified into a single COP and investigation platform.

Foundational to this multi-int process is data management: sorting through the jumbled mess of unstructured data that is coming in from all sources, classifying it at the right security level, and making it accessible only to users with the proper authority or clearance.

At SAIC, our Koverse Data Platform is a differentiator because it handles those tasks with ease and provides seamless integration with cloud and on-premises environments.

SAIC’s AI operating environment is distinguished not only by data security, but also by the ability to provide a COP to mission experts (think intelligence analysts) and business users. While these users may not have the data science or AI engineering skillsets to build, train or interpret models on their own, our environment provides a low-code/no-code solution that enables them to make split-second decisions or plan long-term strategies.

For technical users, SAIC’s AI processes are transparent and explainable, so all users can be confident in the decisions they make based on the environment’s outputs. The environment is always learning, because of the human in the loop, ensuring ongoing fitness and effectiveness, even in rapidly changing intelligence environments.

So who is smarter? Human or machine? The answer is both, depending on the task at hand, and each is able to do more – faster and better – when it partners with the other. 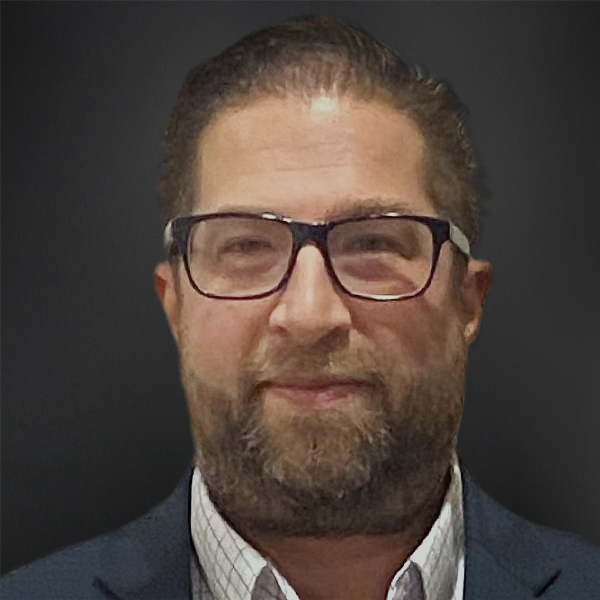 Jason “Jay” Meil is the director of data science and chief data scientist for SAIC’s Artificial Intelligence (AI) Innovation Factory, where he leads AI technical strategy and solutions that enable rapid decision-making at scale in support of multiple intelligence disciplines.

With two decades of experience in applied mathematics, data science and deep learning, Meil is a recognized expert in analytical tradecraft, all source intelligence and open source intelligence. He serves as a technical advisor to numerous intelligence organizations within the Intelligence Community (IC) and Department of Defense (DOD), applying his tradecraft to the domains of intelligence, surveillance and reconnaissance; targeting; and algorithmic warfare.

Meil has led cross-functional teams in designing, building and deploying deep learning models to support federal government customers in complex missions of national importance, with the ultimate objective of making the nation safe against peer and near-pear threats. In addition to IC and DOD customers, he has supported civilian agencies including the Department of Homeland Security.

As an SAIC research fellow, Meil has focused on two areas:

Meil is a frequent participant in research panels and industry discussions on the impact of AI on national security, including with the John Hopkins University Applied Physics Laboratory; the Center for Security in Politics at UC-Berkeley on behalf of DARPA; CERN’s OpenLab and Quantum Technology Initiative; the European Geosciences Union; the Atlantic Council Scowcroft Center for Strategy and Security; the Potomac Officers Club; and AFCEA.

Meil, who is committed to lifelong learning, has numerous academic credentials in computer science, data science and AI. He has completed a MicroMasters from MIT in data, economics and development policy. He has certifications in quantitative analytics from the Wharton School (Aretsy School of Executive Education) and applied mathematics for deep learning from Imperial College of London. He holds certifications as a senior data scientist from the Data Science Council of America and data analytics from Six Sigma Global Institute. He has completed a 9-month intensive fellowship in data science and machine learning with Lambda Institute.